As mentioned before, I had become accustomed to people staring in amazement or surprise at my hair. This had become quite a normal occurrence for me and so I thought nothing more about it.

In May 1995 things began to change in my life. The Nuremburg Evening Newspaper approached me and offered me an interview. Full of curiosity and pride I agreed to it. When the interview appeared in print in the newspaper on 02.06.1995, it wasn´t an article in the local pages but a front-page article with a photo of me. 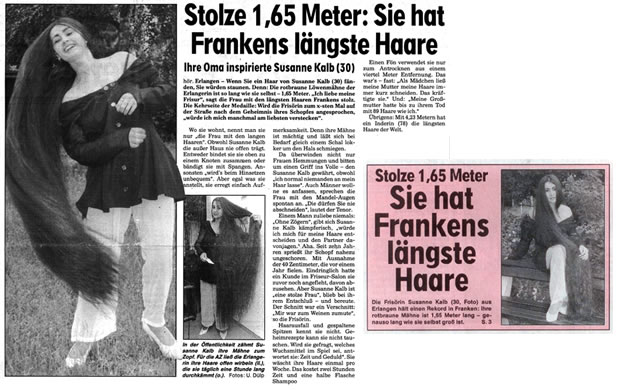 From now on my life, which had been rather quiet beforehand, suddenly came into the public eye. Interviews and photoshootings followed in well-known hairdressing and women´s magazines, the boulevard press and regional newspapers.

I didn´t appear only in magazines but, due to increasing media interest, I was also invited onto various TV shows.

My first TV show was with Hans Meiser. It got a great resonance from viewers and so resulted in further invitations to appear on TV shows such as: Brisant(ARD), Explosiv(RTL), Blitz (Sat 1), Mein Morgan, Nicole, Britt, Sonya Zietlow (Sat 1), Oliver Geissen, Aktueller Bericht (SR3). 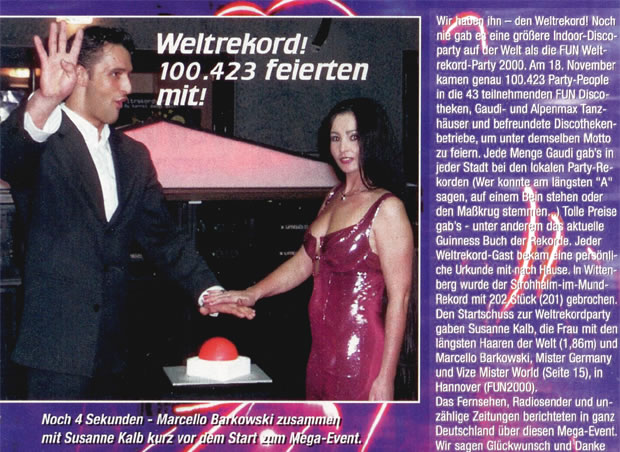 So my life was changing slowly but surely. In the meantime I had employed a manager to coordinate and market my appearances, interviews, book-signing and product presentations. I started my own website (www.my-hair-lady.com) and sometimes received over 1000 emails per week from fans at home and abroad, to whom I still enjoy replying right up to today.

At this point I would like to thank all my many loyal fans with whom I am still in contact. They gave me strength and courage in difficult times – but more on this subject later on.

At first everything went like a dream, just like when a girl starts up a career as a model. I spent time book-signing for various books including The Guinness Book of Records, in which I appeared in 2001 with a hair length of 1,80 m and again in 2002 with a hair length of 1,94 m as Germany´s ´Woman with the Longest Hair´. I had a lot of fun with this and also in TV appearances with well-known artists e.g. No Angels, Wolfgang Petry, Jörg Pilawa, and Beckmann. I hoped that this lifestyle would continue for a long time.

The resonance from my fans became greater and greater and I received increasingly more post from them after every programme. Life as a ´celebrity´ was very nice and it left its impression on me. Though I was always very nervous before every TV appearance, the people on the set were very kind and helpful.

I was able to learn very much in this time and my self-confidence was boosted. Unimagined opportunities opened up for me. I also got to know and respect many people from showbusiness.

All these positive events were a kind of reward for me as a single parent trying to combine private life and working life. Particularly for the care and grooming of long hair one needs to invest a lot of time, discipline and hard work.

Everything went perfectly and so it seemed quite normal for me to appear in Beckmann in the Guinness Show of Records.

I couldn´t know that this would be my last TV appearance. 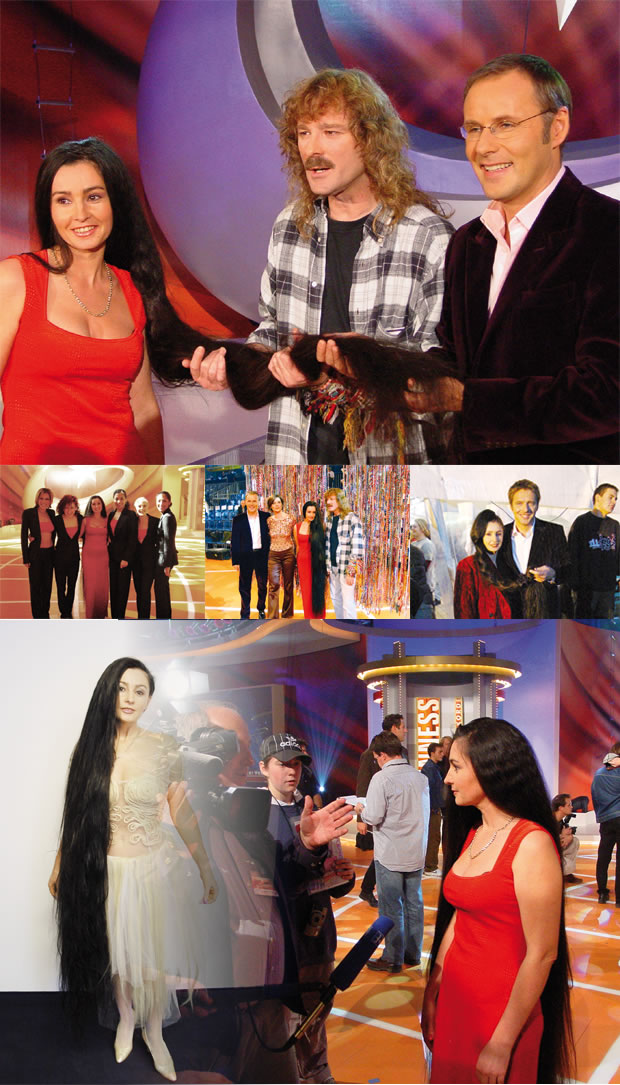